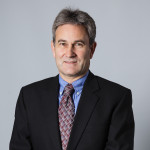 NEWEA’s Annual Conference, which takes place each year during the last week in January at the Boston Marriott Copley Place in Boston, MA, gathers over 2,000 water professionals for several days of technical sessions, exhibitor displays, student and professional poster presentations, and a Young Professionals Summit, among other events. The conference culminates with the Awards Ceremony and Luncheon. During the ceremony, NEWEA’s leadership presents recipients with NEWEA, Water Environment Federation Member Association, and EPA Region One Awards.

Wayne Elliott, PE received the Alfred E. Peloquin Award, which honors an individual who has shown a high level of interest in performance in wastewater operations in each of the six New England states, and who has made a significant contribution to the wastewater field in such areas as improvements to the environment, cost effective plant operations, public relations, innovative process controls, industrial pretreatment, training, Association contributions and related activities. The purpose of this award is to recognize an individual whose personal service has contributed to excellence in plant operations either directly at a treatment plant, or indirectly through assistance to plant operations personnel.

“We’re pleased to have awarded Wayne Elliott with the Alfred E. Peloquin Award,” said NEWEA Executive Director Mary Barry. “Professionals in the water industry work tirelessly, often without recognition, to protect, preserve, and manage New England’s water environment and access to clean water. Additionally, as a volunteer association, so much of what NEWEA does relies on the involvement of our members and volunteers. This award gives us the opportunity to recognize all that Wayne Elliott has contributed to NEWEA and the New England water industry.”

Wayne Elliott, PE has been part of the Aldrich + Elliott team since its inception in 1995. He grew up in the Northeast Kingdom of Vermont and is a proud graduate of UVM. He began his career in the construction industry for several years and then moved into consulting engineering in the early 1980’s starting as a Project Engineer, before being promoted to Vice President in 2010, and President in 2018. During that time, he has been the Project Manager of countless water resource engineering projects from study through design. Wayne can be found working all over Vermont assisting operators and facilities with all aspects of wastewater treatment and planning. Wayne’s expertise in water, wastewater, and stormwater engineering have gained him an excellent reputation across the state and region. Wayne’s commitment to client satisfaction is greatly observed in municipalities throughout the State of Vermont.